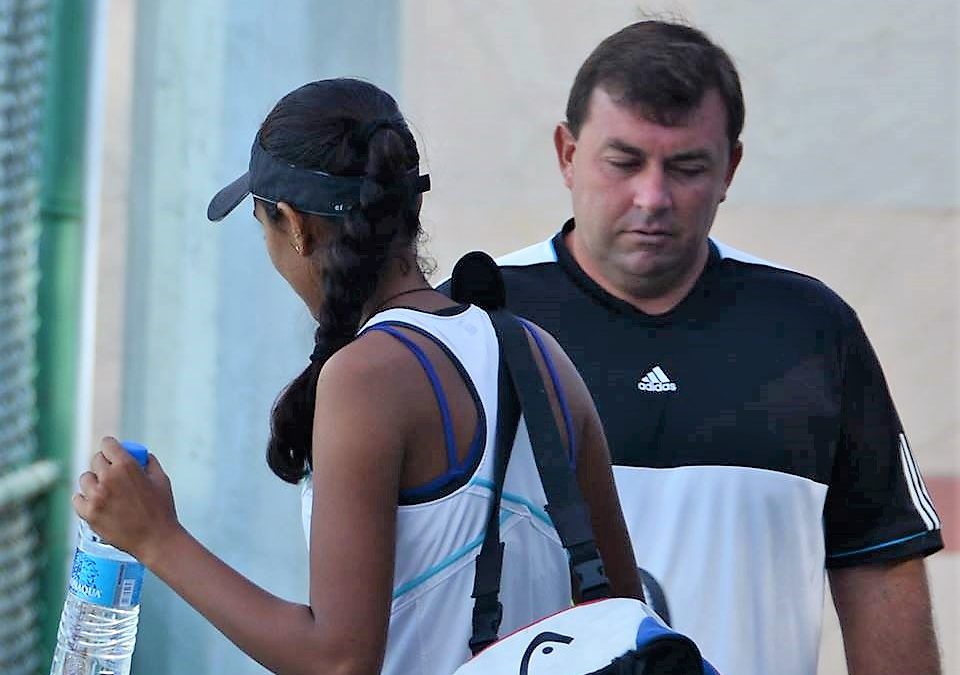 I caught up with him as he was having a small break at Ahmedabad Racquet Academy where he is the currently the tennis director.

ME: Hi good morning Todd. I have been trying to get in touch with you for quite sometime.

Todd Clark:Good morning Kangkan. What is the news?

ME: Well I am trying to create a platform for the entire tennis fraternity of Indian and coaches like you obviously plays an important role.

ME: So do you see a big problem in terms of sponsorship?

Todd Clark: Yes I believe so. However certain state governments including Gujarat, Hyderabad and Tamil Nadu have been quite proactive.

ME: In equally big states like Karnataka we are still lacking.

ME: So how do you see your protege, Zeel Desai doing? How far do you think can she go?

Todd Clark: Working hard on her physical strength. She has no tournaments till March. It is important to manage players work load and tournament schedule. I think she is ready to have a great year in 2018.

ME: Who are other players coming up?

Todd Clark: I have big expectations from Megh Patel who is currently ranked 73 on the junior ITF.

ME: So where do you think our Indian players need to improve upon for the next level?

Todd Clark: Major factor is the drop out rate at 17 years. We need to find a way to keep players competing till they are 22 years.

ME: Right. So what are the major factors?

Todd Clark: Players have the skills but they need the financial means and support network to keep them playing. Other factors are academics, social pressure and family expectations. Cultural expectation that sport can be a career choice.

ME: And on skill level against say the Europeans where do we stand?

Todd Clark: Indian kids are as good as Europeans in terms of skils. However Europeans have an edge in physicality.

ME: People say that Indian have good hands. Is it?

Todd Clarke: Indians do but tennis is predominantly a lower body sport

ME: So how does a coach like you ensure that someone like a Zeel Desai who may not be born as strong as the Europeans bring her to that level? I mean giving due respect to her, she is already on the back foot when it comes to natural strength.

Todd Clark: It can still be done with sports science, nutrition and focus on strength and conditioning. In fact in that regards for a player like Zeel she is getting stronger.

ME: So how has been your experience after the shift from Harvest Tennis Academy to Ahmedabad Racquet Academy?

Also Read: Harvest Tennis Academy- One of the finest in the country

ME: Thank you so much Todd. I guess your next session is about to start. Keep up the good work and all the best.

Todd Clark: Thanks to you too mate. You too keep up your good work.