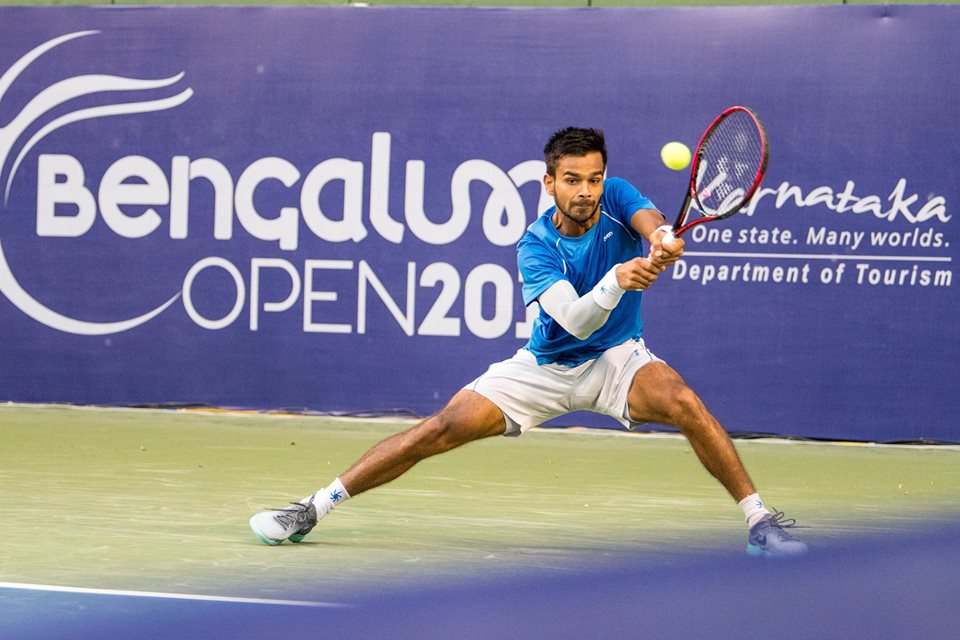 After Yuki Bhambri and Ramkumar Ramanathan, the next best hope for Indian Men`s singles is Sumit Nagal by quite a distance. Saketh Myneni is no longer young and still carrying injuries. Having said so, Prajnesh Gunneswaran is coming late to the singles party but maybe a tad too late at the age of 28. This leaves Sumit Nagal aged 20 years and India`s No.3 singles player as the best hope after Yuki and Ramkumar.

That he had talent was already seen when he won the doubles title in the 2015 Junior Wimbledon. So has he been playing to his potential as of yet? Partly yes and partly no.

Why Yes – For a guy who anyway did not set the international tennis on fire as a junior, the fact that he has already reached a ranking of 216 on the ATP, I guess has done a decent job. As a junior, his best showing in singles in the Grand Slam had been a third round appearance in the Australian Open. The fact that he is only 20-years-old and is maturing as a player, I believe he is doing well for himself till know.

Last December, he managed to bag his first Challenger Title in Bangalore. On the way, he beat the top seed Blaz Kavcic and India`s No.1 Yuki Bhambri. Also just over a month, he nearly won his match against the experienced Mikhail Youzhny at the Ho Chi Minh Challenger.

Why No – There is still a general feeling that Sumit can do better provided he puts on more effort on certain areas. One prime area is his level of fitness. We have often seen him visibly out of steam in the third set and squandering matches because of fitness. Respiratory problem and cramps have been his two main issues. Also he had to encounter shoulder injury that kept him out of the tour for 6 months.

I still remember his trainer, Yash Pandey fighting hard to keep him in shape for the Bengaluru Open 2017 where he was the ultimate winner. He had severe cramps and timely recovery for the next match was a problem. On meeting Yash post the tournament he said that Sumit had this respiratory problem since his early playing days, a problem I do not think we can much blame upon. However as for his general fitness is concerned, Yash did mention that he needs to train more on his strength and conditioning. He opined that Sumit needs to take that extra load of physical training.

Also, he was not helped when he was dropped from the Davis Cup team for disciplinary issues. It was reported that he had a hangover from a late night out and could not do a morning practice during India`s Davis Cup tie against South Korea. Other issue was he bringing his girlfriend to his hotel room as against the team discipline.

We have to accept that Sumit Nagal has been one of the lucky tennis players in India to have the right support early on. It was Mahesh Bhupathi who picked him up and trained him under the Apollo Tyres Mission 2018 program. He was then sent to abroad and worked under Bobby Mahal in Canada and Mariano Delfino in Germany. He has also been managed by Mahesh Bhupathi`s Globosport.

Taking all these points into consideration, Sumit might have landed himself inside top 200 by now.

Sumit Nagal`s New Avatar – Starting from Dec`17 after his maiden Challenger win, we are seeing a new Sumit Nagal in terms of his planning. He has already added a few important elements to his tour. 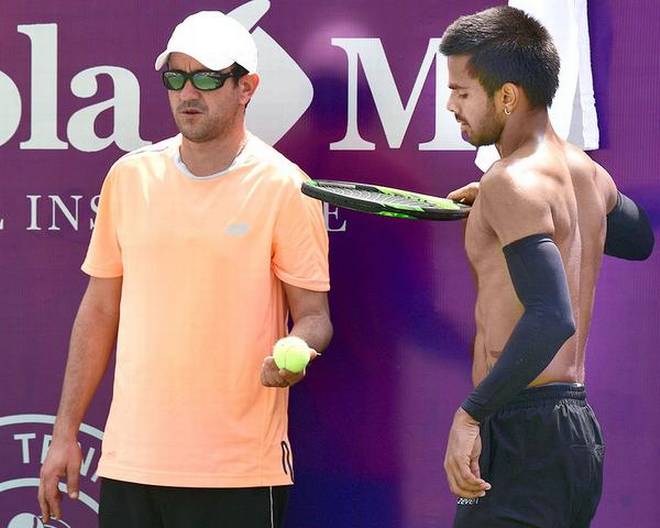 Javier Ferrer who also has runs his own tennis academy, Ferrer Tennis Academy will help Sumit achieve his full potential.

Author`s Take – With the right approach and planning, Sumit Nagal can be India`s next singles success. I predict that he will can  come close to 150 on the ATP by mid next year. After that, with more exposure to ATP 250 series tournaments, he should get better.