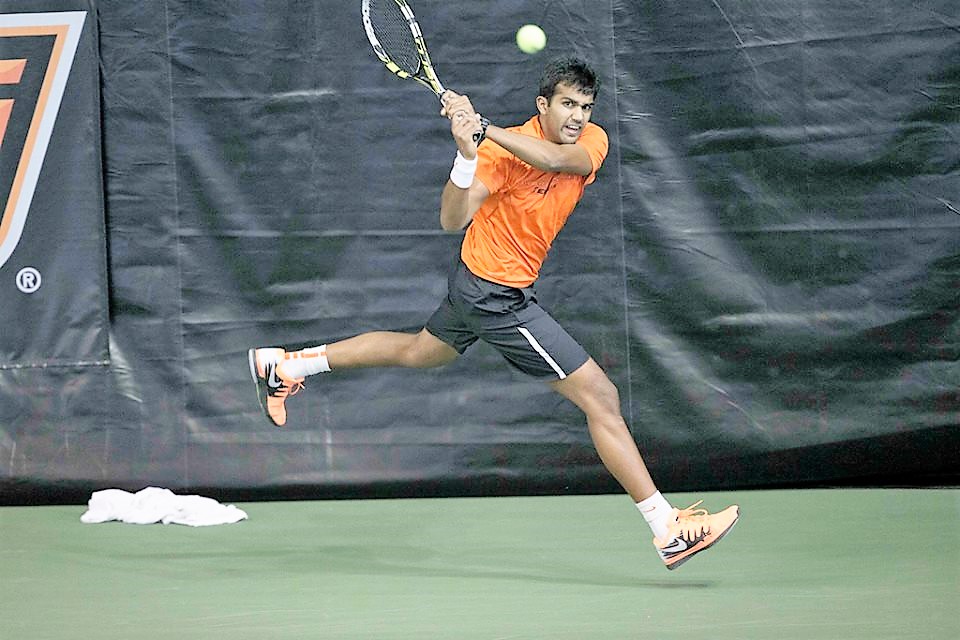 In one of my earlier articles, I was critical about Rutuja Bhosale going ahead with college tennis in the US given the fact that she was already starting to make good inroads in the Women`s circuit at a tender age of 16 years and reaching as high as 525 on the WTA. Thus she lost 5 years of good professional tennis.

However same is not the case with Pune lad Arjun Kadhe who has made the most of college tennis. After completing 3 years of college tennis at Oklahoma State University he has come back full time on the tour stronger. After coming back he won his first ITF in the form of Vietnam F3 in Sept`17. Apart from that he reached the final and semi final in two other Futures.

In the 250 Series Maharashtra Open, he displayed his big game against India`s No.1 Yuki Bhambri. Even though he lost in  straight sets, the 24-year-old showed that he has a game that can get better once he starts playing more in the circuit.

Coached by Hemant Bendrey, Arjun is slowly moving up the ladder. With the current ranking of 608 on the ATP it is decent given the fact that he joined full time professional tennis only in 2017. The next couple of years is going to be crucial for him as his solid serve and backhand need to be complemented with a better and more consistent forehand.