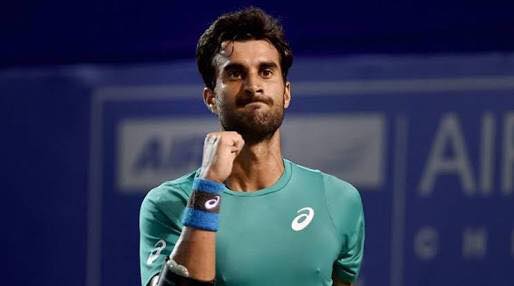 Yuki Bhambri`s talent was never in question. After all he was a Junior Australian Open Champion and at the age of 16 Years he was the winner of the prestigious Orange Bowl. However transition from Juniors to the Senior Circuit has not been smooth.

As we speak he has had two back to back superlative performances to show in the Masters. At the Indian Wells Masters he took the world to notice when Yuki coming as a qualifier reached as far as the third round. In the following week at the Miami Masters, he coming as a qualifier again reached the second round. As he prepares for step inside top 100 on the ATP and playing like a top 50 player, let us analyse his journey thus far and the way ahead.

Behind The Curtain Man – The recent showing of his potential as a player is possible because of a healthier body. Any praise would be less for his travelling fitness trainer Abhimanyu Singh who has made the difference. Yuki had to decide between a travelling coach and a trainer and he choose for the latter as the wear and tear of a tennis pro requires the body to be in top condition week after week.

Abhimanyu was instrumental in putting Yuki`s body in top shape with a few fundamental but important changes. When I met Abhimanyu at the Bengaluru Open 2017, he mentioned how he started extending his warm up routines and took special care of his post match recovery.

The Big Impact – Yuki`s off season training in December at the Impact Tennis Academy in Thailand did a world of good to him. The training which had the top players from Asia including players like Hyeon Chung and Nikoloz Basilashvili was a great way for Yuki to get some quality training. The results can be seen for both Yuki and Chung in their new season.

Stephen Koon, Director of the academy coached Yuki during his stint with IMG-Bollettieri Tennis Academy. Yuki has always spoken highly of Koon. The positive impact on his play has let Yuki draft him as his travelling coach for the time being. Koon was seen cheering Yuki during his Masters’ heroics from the sidelines.

Contemporary Study – It can be seen that a fully fit Yuki can do some serious damage in the tennis circuit. It is to be noted that two of his contemporaries, Lucas Pouille and Jack Sock who have a poorer head to head meetings against Yuki Bhambri are currently ranked at 10 and 11 on the ATP respectively. Thus that goes on to show that with Yuki playing in the form of his life can beat these top guys on his day and get into some serious ranking on the ATP.

Going Forward – Slowly as his own earning getting better and his performances also hopefully catching more corporate eyeballs, he has to rope in a more permanent travelling coach. As his work rate is going to be more as he enters top 100 and will be playing more of the top rung tourneys, the role of the coach becomes crucial to his success.

Author`s Take-  Currently he is doing all the right things. Aided by a fully fit body, a top 50 entry on the ATP towards the end of the season is also a possibility. He has to take it step by step and keep on doing the right work.