Salsa Aher – India`s top junior in tennis is the future 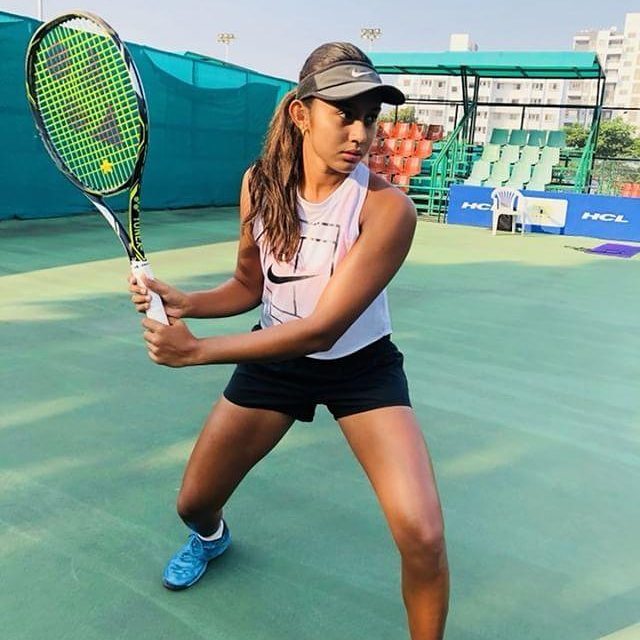 Salsa Aher is without doubt one of India’s top juniors. This 16 -year- old school girl from Symbiosis, Pune has the game and passion to take her to the next level in tennis. In a chat with her , I found a few interesting facets about her life on and off the court.

International Acclaim: Semi-Final at WTA Futures Stars , 2017 in Singapore. Won all her round robin matches but lost a tight 3 setter in the semi- final; Runner-Up at ITF Junior in Thailand in 2017; Runner-Up in doubles at ITF Grade 3 and Grade 4 in India in 2017.

Started playing tennis : From the age of 6 years. Her father who was a sportsman introduced her to tennis.

Parental Support: Both her parents, Tejaswinee Aher and Parag Aher have been her pillar of strength. Her mother quit her job so that she can support Salsa in her sport. She always drops and picks her up from the tennis academy. Either of the parents travel with her for her tournaments.

School Support: Symbiosis is supportive of her sports. The school often hold exams for her later during her travel for tournaments.

Tennis Academy: She finds herself to be lucky to be training under her coach Kedar Shah at Bounce Sports Academy. She finds that her game has improved considerably.

Important Support: She feels that she has been very lucky to be supported by Lakshya Sports, General Industrial Control (GIC), Maharashtra State Lawn Tennis Association (MSLTA) and Yonex . While Lakshya Sports, GIC and MSLTA support her monetarily; Yonex helps as a racket sponsor.

Confidence booster match: Her match against the experienced world no 402 Ana Veselinovic in the Women`s $25K  ITF in Pune. She was up 5-2 in the second set before losing it.

Demeanour on court: Focused and not shy to display emotions with fist pumps and screams.

Favourite player and why: Garbiñe Muguruza because of her aggressive play.

Favorite pastime on off days: Hang out with friends or go for Hindi movies.

Her fierce competitors on court: Tanisha Kashyap and Vaidehi Chaudhari

Ultimate tennis goal: To turn pro and give it all that she has to be a good tennis player.