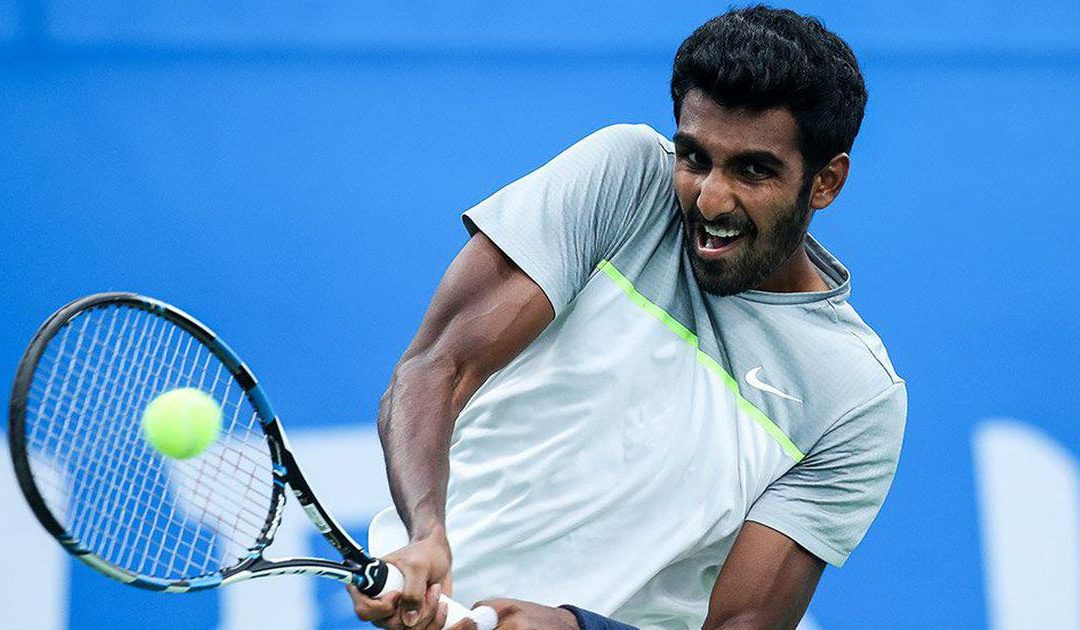 Indian tennis has been a queer case. On one hand the cricket loving nation would still have heard about our doubles stars but the purist will still go for singles play. While it is the doubles that has brought glory but only a few will disagree that it is the singles in world tennis that takes the cake away by quite a distance.

Not for nothing Prajnesh Gunneswaran breaking into top 100 in singles is big news. He achieved the feat by reaching the semi final of the recently concluded Chennai Challenger. To bring more impetus to the story is the fact that he is only the seventh Indian man since the start of the open era to have achieved the feat. The others in the elite company are Anand Amritraj, Vijay Amritraj, Ramesh Krishnan, Leander Paes, Somdev Devvarman and Yuki Bhambri.

If there was a betting scene going around at the start of 2018, then only a few most audacious punters would have put their money upon Prajnesh to enter top 100 after Yuki Bhambri. Most of the money would have been upon Ramkumar Ramanthan who was doing all the right things on the tennis court.

At the start of 2018 when Prajnesh was languishing beyond the 250 mark on the ATP. Prior to that, he also lost five good years of tennis that kept him out of the tour.

When did the resurgence actually happen? Facts will tell that it was his win against the up and coming Yibing Wu in the Davis Cup tie against China that really put him on course. Right after the Davis Cup tie he won his first Challenger in the form of the Kumming Open. From there he went from strength to strength and even went onto to beat the red hot Dennis Shapovalov at the Mercedes Cup. He could have played the French Open main draw as a lucky loser but he missed out playing as he had already committed to playing another tournament. He rounded of the year with a fantastic title win at the Bengaluru Open.

Self belief is something that Prajnesh has tons of it. In an earlier interview to Tennis4India when we asked if the Davis Cup win was the turning point of his career he flatly said that he was confident of positive results and it was just a matter of time that it showed results.

Carrying on the good work of last year, he started the year with aplomb by qualifying for the Australian Open main draw which apparently happened to be his first Grand Slam main draw. In the first round of the main draw against the then world no.37 Frances Tiafoe, he matched shot for shot in the first set to nearly win the first set with a set point in hand. What was important that even the eventual loss to his opponent, he showed that he had the game to match the new age power game.

The New Found Assets of Prajnesh:

He will only look to get better and he is a man who is never complacent. The truth is that in the highly competitive era of modern tennis any small level of complacency will immediately make one take the long and hard road again.

For a man who is nearing his thirties he has to keep himself fighting fit against the younger guns. However, the good news is that the thirties seems to be the new found age of world tennis