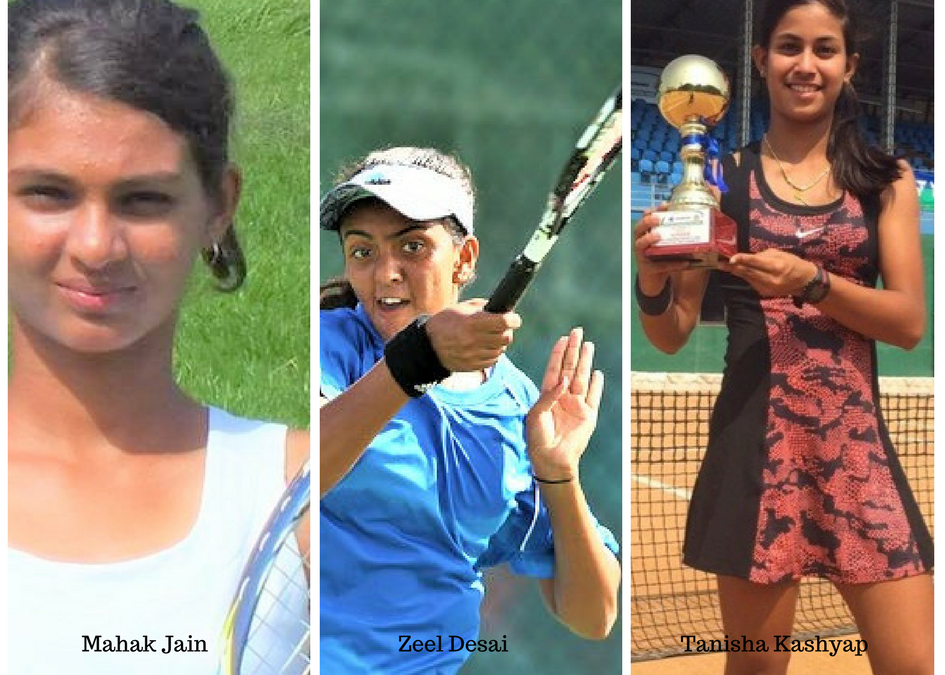 The Fenesta National Tennis Championships 2017, for both men and women that was held at DLTA Tennis Complex Delhi gave a glimpse of the future tennis hopes that is in store for India.

Even though there were many winners in different age groups the following are my picks as the future of India coming out the championship.  Also from my analysis which includes factors like game strength, age etc I could find future prospects only in the women`s section.

1. Mahak Jain: This slightly built girl is the newly crowned women`s tennis champion. The fact that she is only 16 years old makes me pick her as the best hope. Also, the fact that she defeated her by now familiar rival, Zeel Desai in straight sets reinforces the belief.

Mahak has now beaten the more experienced Zeel Desai on a couple of occasions which augurs well for her on her stake as the brightest prospect among her peers. Currently she is ranked 876 on the WTA and can only get better. She also did her confidence a world of good by reaching two finals of ITF held in India thus year.

With the right training and guidance, we can expect her do well in the coming years.

2. Zeel Desai: The losing finalist at the women`s event was the favorite going into the tournament. This girl from Gujarat made her presence when she won the Gwalior ITF this year. Since then she has been erratic in her performance. However, she has been working on her fitness and is getting stronger.

The 18-year-old reached her highest career ranking of 683 in August`17 and is now going full throttle in the women`s tour.

Luckily, she has been getting good support from the Gujarat association and we can expect some good years of tennis ahead of her.

3. Tanisha Kashyap: This 15-year-old is one busy girl on the Indian tour. She played both the women’s and under-18 events in parallel. She had the distinction of reaching the semifinals of both the events.

If that was not enough for this tenacious little girl she is now playing the under-16 junior championship. Hailing from Assam, her passion for tennis can become the catalyst for bigger things to come.

The next few years are going to be  crucial for these girls and I hope with the right support and individual effort, we are going to see them put India on the tennis map.