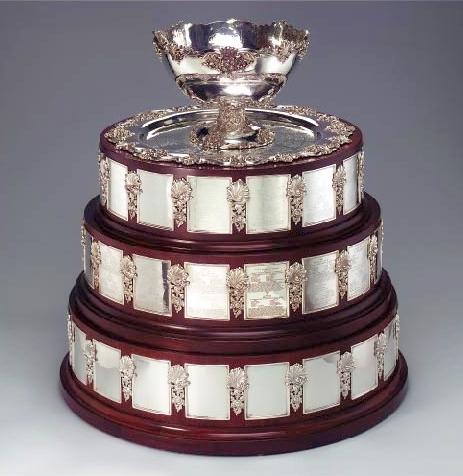 India takes on Italy on the green grass of the iconic Calcutta South Club (CSC). The stakes are high as a win here will take India straight to the newly formatted World Group.

The grass looks greener this of the fence for India as India chooses to play the Italians on their least favoured surface. While on paper even without the services of its mercurial top player Fabio Fognini, Italy definitely looks the more accomplished team of the two with all their singles player well within top 100 in the world. India without the services of the injured Yuki Bhambri has its singles players still knocking at the top 100 door.

So why is that I am still sounding confident of this tie?

Indian Singles: Ramkumar Ramanathan has his most successful ATP Tour run on grass. Only last year he reached his only ATP 250 finals at Newport. Also in the year before he made a mockery of the ranking when he beat the then World No.8 Dominic Thiem in the ATP 250 Antalya Open and reaching the quarter final. His booming serve accompanied by his net game unsettle the Italians.

Prajnesh Gunneswaran is in the form of his life. The top ranked Indian is on fire since winning the crucial tie against China in the Davis Cup last year. Since then he has not looked back and played well in his maiden Grand Slam main draw appearance at the Australian Open only recently. Taking of his grass court game, even though grass may not be his favourite surface but he showed his prowess while beating the red hot Denis Shapovalov at the Stuttgart Open last year.

Both Ramkumar and Prajnesh can use their big serves and their booming forehands to good use against the Italians.

The Crucial Doubles: The Indian doubles pair of Rohan Bopanna and Divij Sharan have by now settled down as a pair. Even though the Italians have a Grand Slam doubles winner in its combination so do we have one in Rohan Bopanna. Also Rohan`s big serves complimented by the steady net play of Divij should be enough to get the crucial point in the doubles.

Italian Singles: The Italians have its ranked accomplished singes player. But the fact remains if they are find the grass courts of CSC with the occasional  uneven bounce suitable to their play? The experienced but ageing
Andreas Seppi might find the Indians hard nuts to crack.

Also the Italians might have taken a bold step by fielding Matteo Berrettini (ATP ranked 53)in his Davis Cup debut but I am sure the Indians will definitely like the prospect. After all he is replacing its top ranked and world no 19 player Marco Cecchinato. He will surely feel the Davis Cup pressure of playing for his country and the boisterous Kolkata crowd will only aid to the pressure.

Thus overall the setting is good for India to cause an upset and get into the historic new format of the World Group to be played later this year.