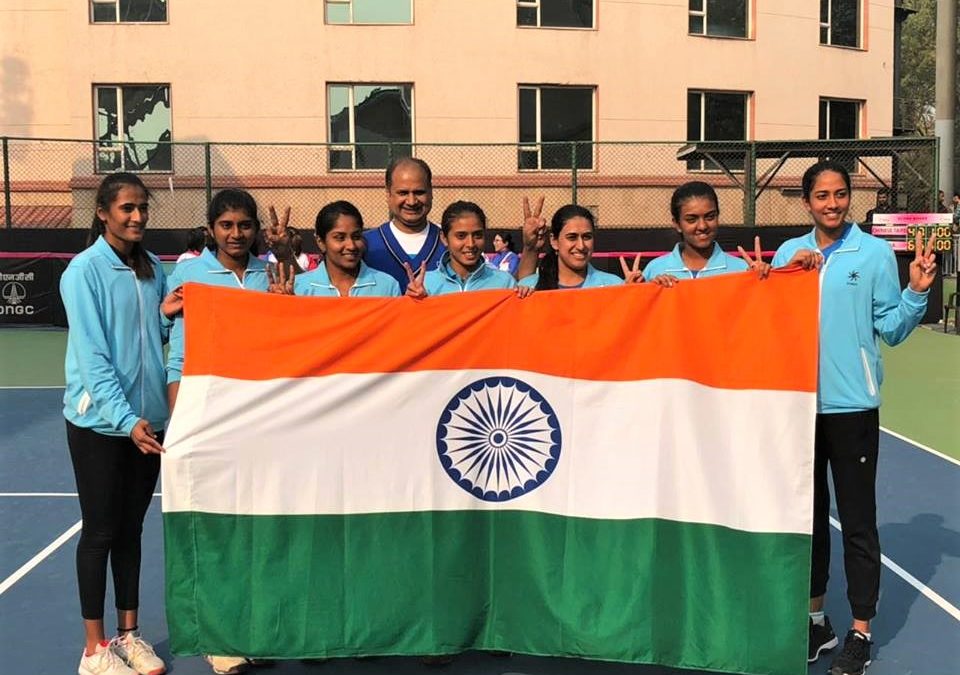 Result for India – India lost to China and Kazakasthan 2-1 which were all decided by the crucial deciding doubles rubber. India then defeated Hong Kong and in the last tie Chinese Taipei to win the relegation play off to stay in the group for next year.

Ankita Raina The Star –  Ankita Raina was undoubtedly the star of the Indian squad and quite a revelation. She won all her 4 singles matches. Quite notable she defeated world no. 120  Lin Zhu from China in her first singles rubber. In the following singles tie against Kazasthan, she gave more delight when she beat world. no 81 Yulia Putintseva from Kazakasthan showing us what she is capable of.

Karman Kaur Thandi in the making – Karman Kaur Thandi lost to her higher ranked opponents from China and Kazakasthan. She won her last 2 matches against Hong Kong and Chinese Taipei. Even though the results were nothing spectacular, she has shown us that she has a strong game and with experience can definitely be the singles player that India is in search of.

Sania Mirza as the missing link – Had Sania Mirza played in the doubles ties, results for India could have been totally different. With Ankita Raina playing in the form of her life, the world class Sania Mirza`s presence should have handed India as the winner in its crucial ties against China and Kazakasthan.

Author`s Take – While India might not have qualified, it was definitely a platform for our players for self motivation. Ankita Raina`s wins against the higher ranked players would surely boost her in  the professional circuit. Same goes for Karman Kaur Thandi who got good exposure against quality players.