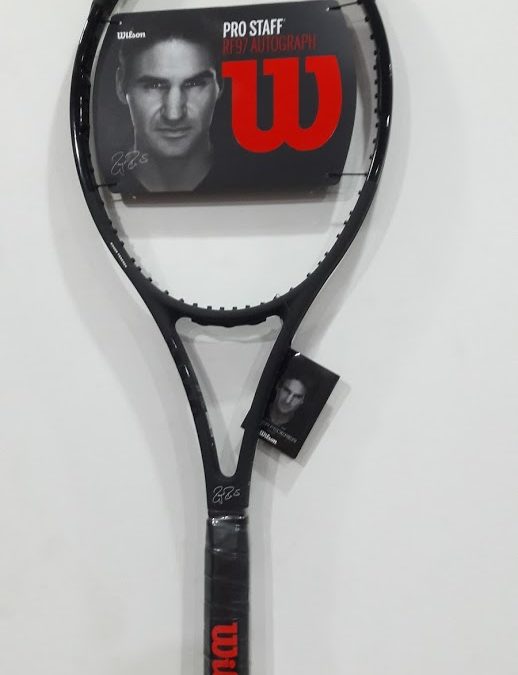 The often asked question by young players is about the best tennis racket to choose from. Thus it is also important to know how certain players end up preferring one brand of racket over the other.

There are a lot of dynamics involved whereby a tennis player ends up playing with one certain brand of racket.

1. Coaches Influence – For any kid who go to a tennis academy, the first influence is the coach. Parents choose a racket for a kid after consulting the coach of the tennis academy.

2. Brand Promotion – It also depends on the kind of brand promotion that a racket company does with a tennis academy. All across the country, racket brands tie up with certain tennis academies and sponsor it. A racket brand gives certain number of rackets to the tennis academy for a year. According to the performance and ability of players, the rackets are then given to its players. 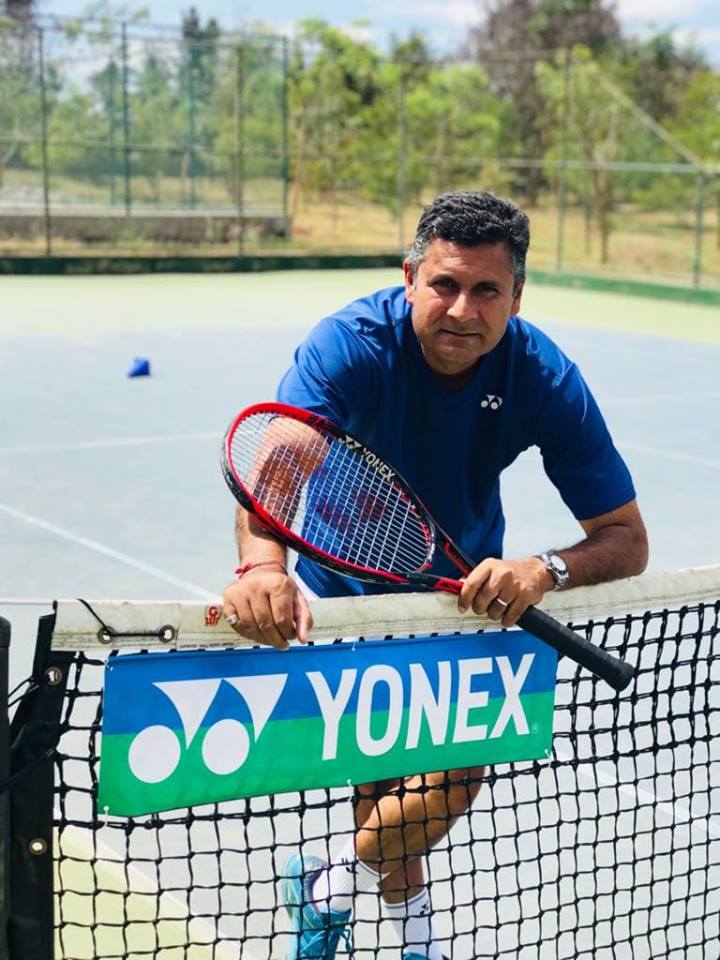 Zeeshan Ali Tennis Academy in Bangalore is sponsored by Yonex.

3. Role Models – As a young tennis player everyone has his own role models. Thus they also associate with the racket they play with. Thus a Roger Federer fan will go for Wilson. No wonder the Roger Federer autographed Wilson Pro Staff RF 97 Autograph is a hit among many. 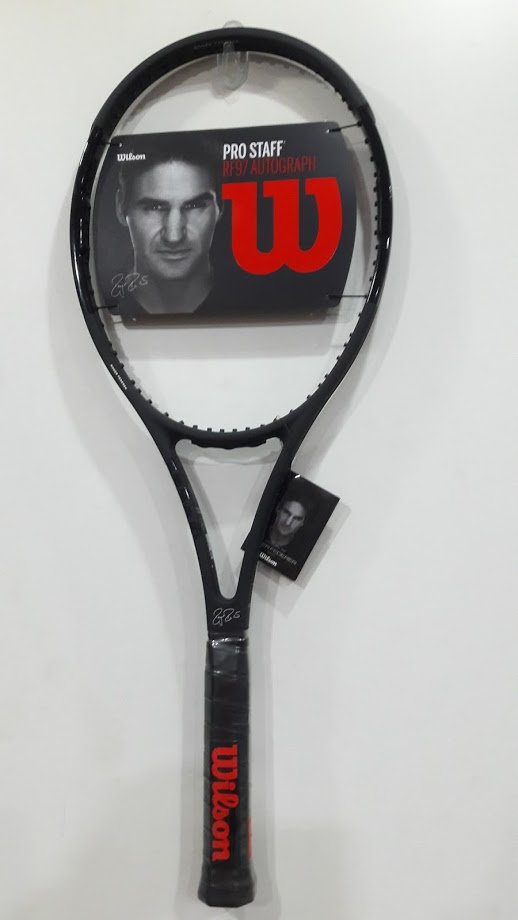 Likeswise a hardcore Rafael Nadal fan will have Babolat in his home. Head will find a place in homes who are loyal to Novak Djokovic and Andy Murray.

The players who are below these top guys but yet have ATP rankings or are doing well at AITA tournaments are sponsored by these racket companies but at a lower level. These players would either get less number of rackets in a year or will get discount on them.

2. Specific Requirements – Players use rackets according to their playing style

THE TOP BRANDS: Following are the top brands. Kindly note the below brands are not listed according to any specific order.

1. Wilson – Wilson has been in the market for quite sometime. It has been popularized by Pete Sampras earlier and now by Roger Federer. Both have used Wilson Pro Staff. 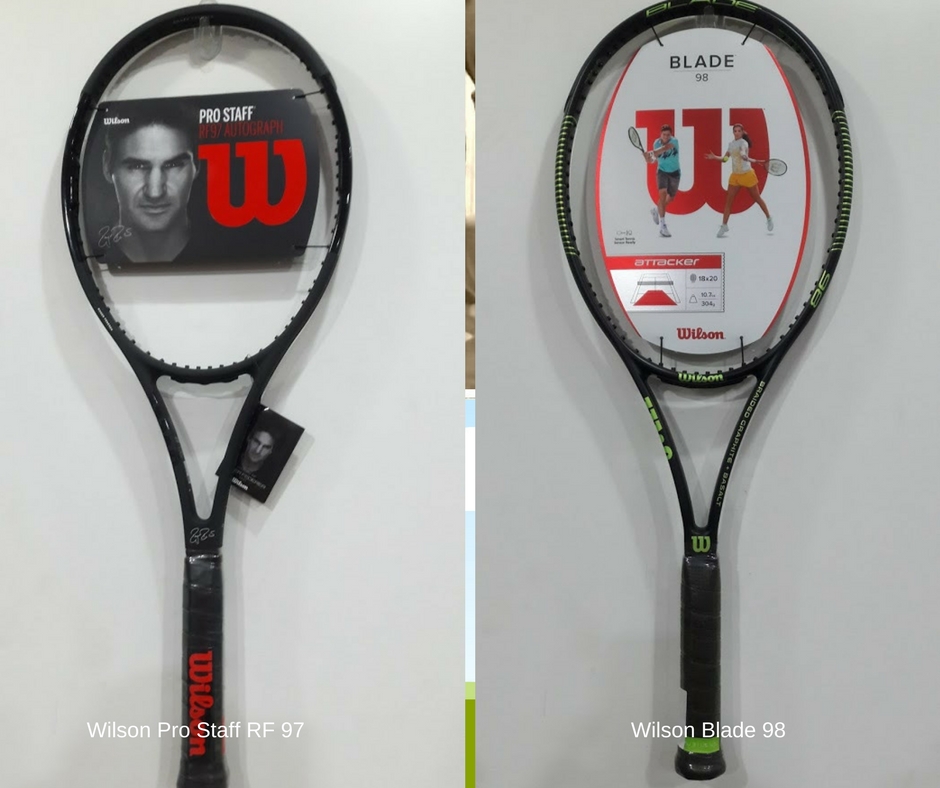 2. Head – Head was made famous when Andre Agassi won 7 of his 8 Grand Slams with his Head Radical racket. During that time, Head was the Numero Uno in the racket sale. 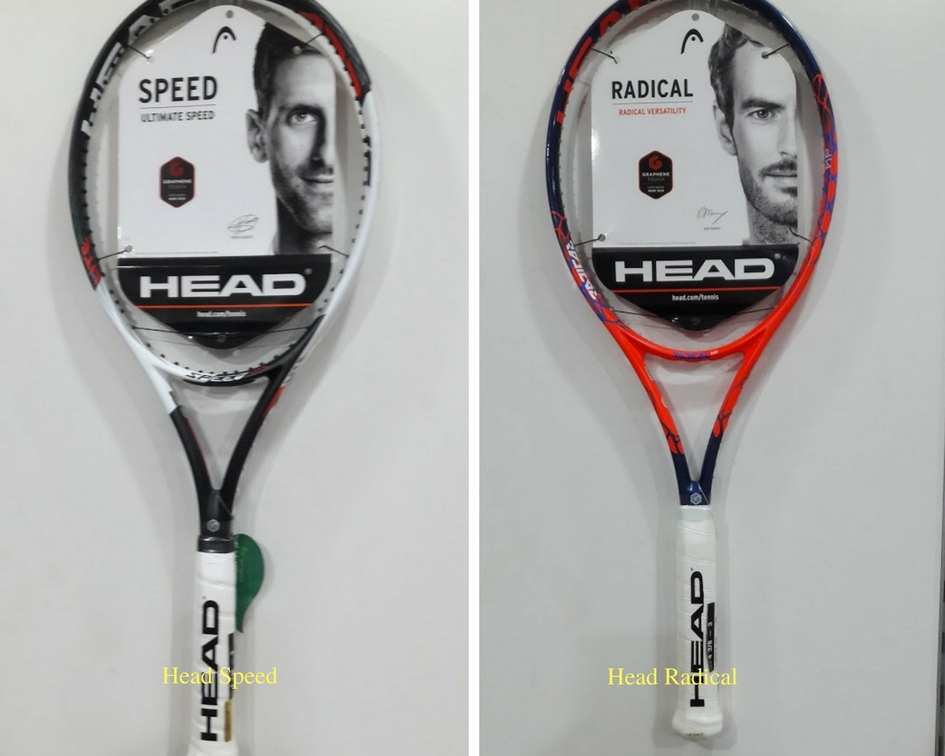 3. Babolat – Babolat has been making its mark a big way thanks to the exploits of Rafael Nadal. Also it has an Indian interest as the top two Men`s singles players in the country, Yuki Bhambri and Ramkumar Ramanathan uses Babolat. 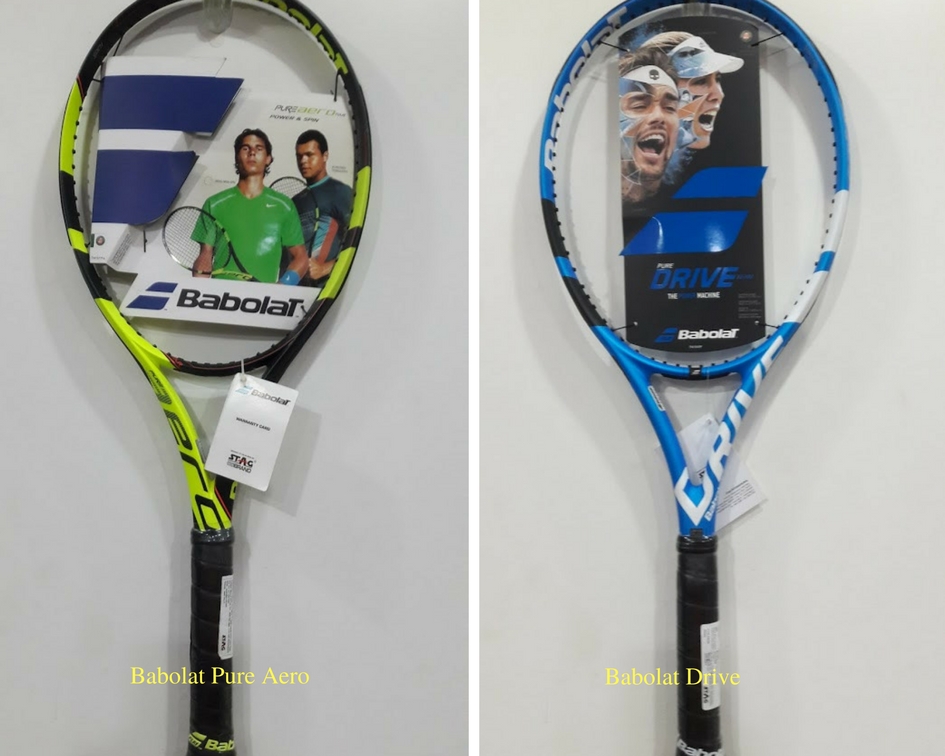 4. Yonex – Yonex for long has been perceived as a Badminton racket company. But there has been a paradigm shift in the thinking of late. For those who might know that Billie Jing King and Martina Navratilova used Yonex in the 1970s. Also in India, its top Women`s player Ankita Raina and Indian upcoming Men`s tennis player Sumit Nadal uses Yonex. 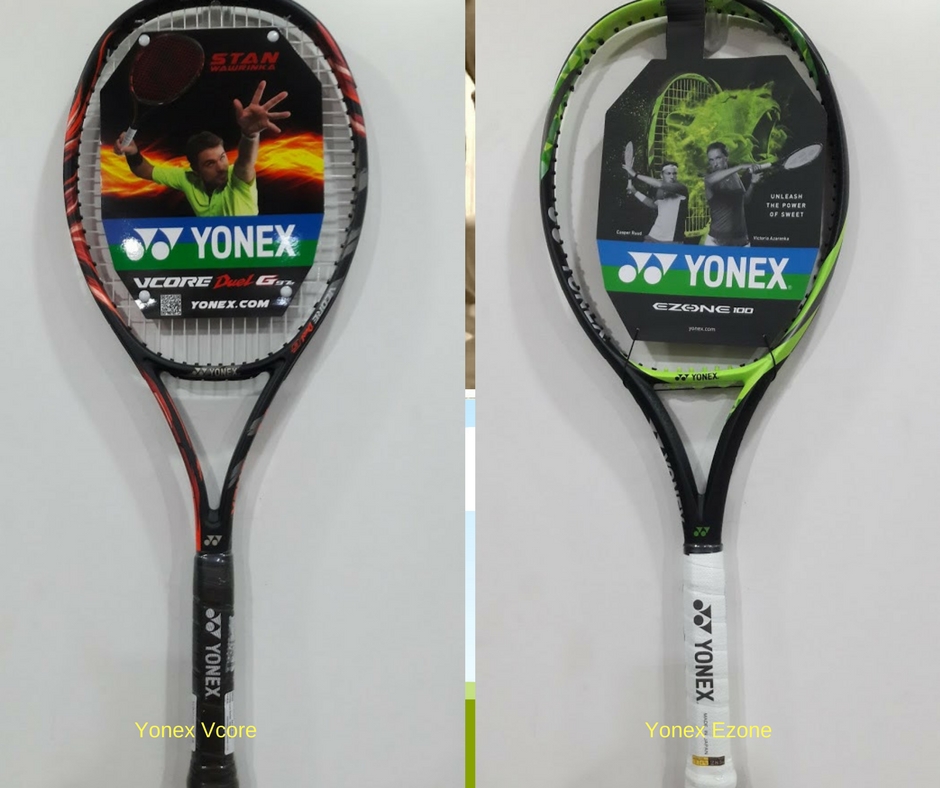 Vcore and Ezone are two top brands of Yonex. Yonex Vcore is used by Stan Wawrinka while Yonex Ezone is used by Victoria Azarenka.

Also according to Rahul Saraf, Product Manager of Yonex for Tennis in India, the Isometric technology of the rackets is its unique selling point.

5. Technifibre – Technifibre is not as big a name as the others already mentioned. Slowly they are trying to make inroads into the Tennis racket industry. 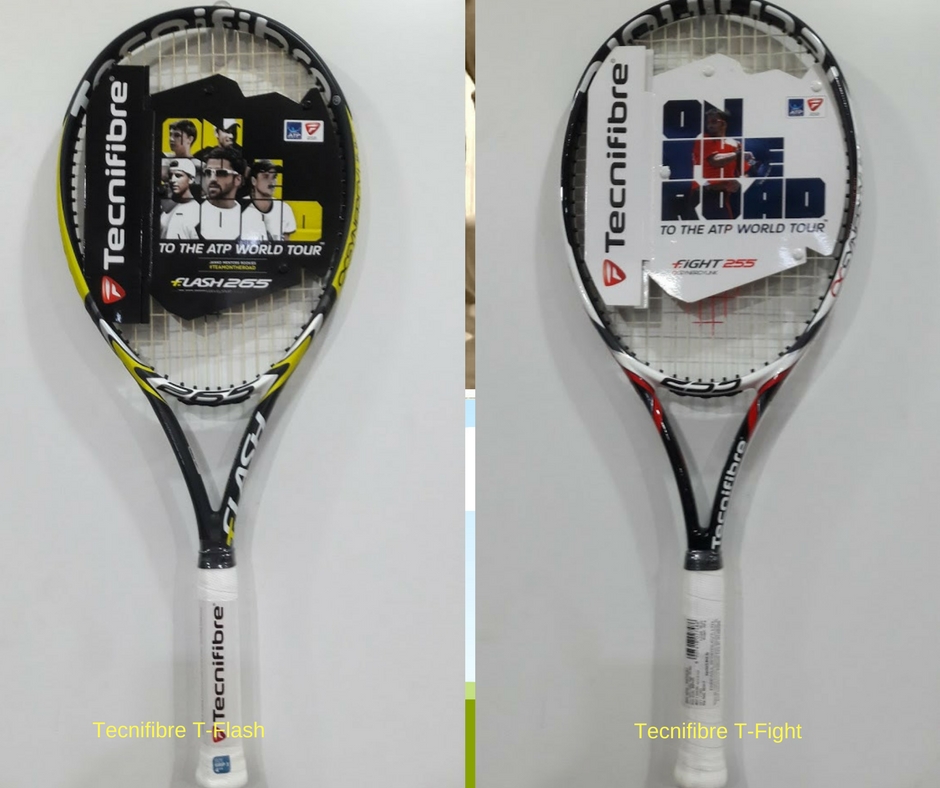 6. Prince – After Michael Chang gave Prince its prominence, it could not sustain the momentum. 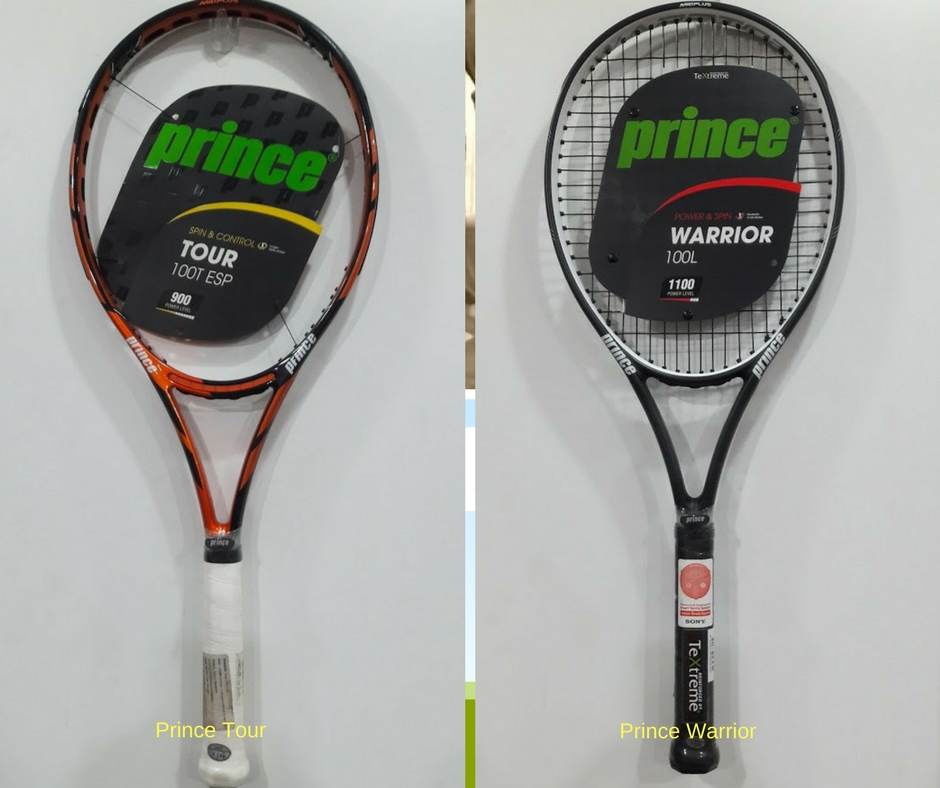 7. Dunlop – The first thing that comes to mind when you talk of Dunlop racket is that of Steffi Graf`s scorching forehand. Before that the image of John McEnroe making those delicate stop volleys at the net comes to the forefront. 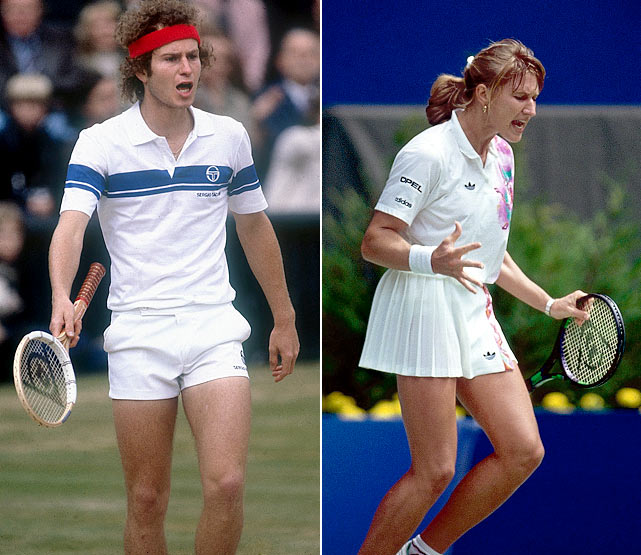 Unfortunately, Dunlop no more has the legacy it used to have. Currently, Kevin Anderson is its biggest player using the racket.

Author`s Take – When it comes to the top players all their rackets are customized to their style of play and requirements. Thus it depends on an individual`s comfort level with a particular racket. Thus it is not possible to give any verdict regarding the same.