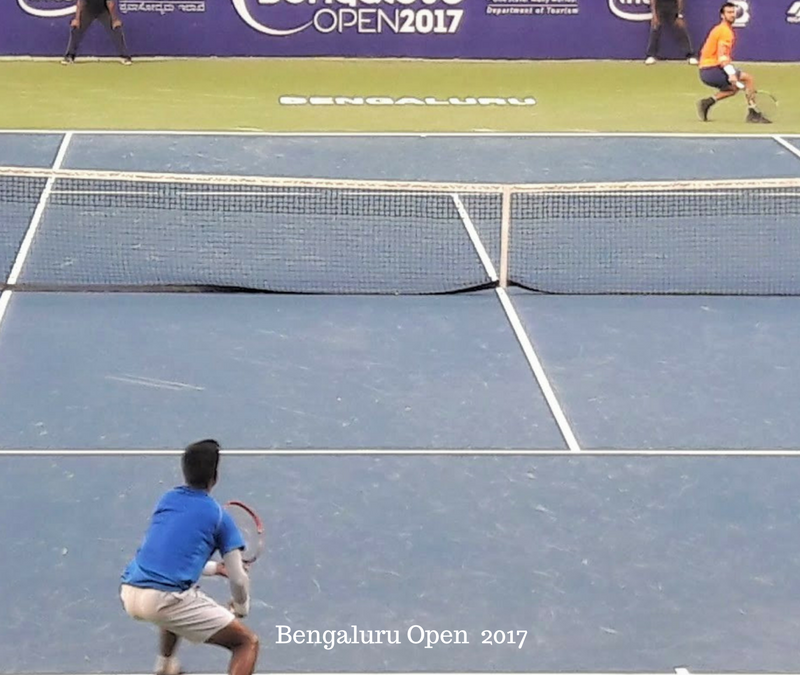 The Bengaluru Open 2017 has been a great boon for Indian tennis. It gave our players a chance to take advantage of the home condition and support. For a few of them who are more accustomed to the ITF tournaments, it gave them the exposure to a higher level of competition. Let us have a look at the top gainers from his tournament.

1. Sumit Nagal – Sumit Nagal came into the tournament as the last minute wild card entry. He did the unexpected by lifting the title. Enroute to the title, he beat the top seed Blaz Kavcic and India`s No 1 player and winner of the Pune Challenger, Yuki Bhambri. By doing so he jumped a whooping 96 places to be ranked 225 on the ATP tour. This has also given him a chance to play at the Australian Open wildcard playoff. Throughout the tournament he played some good tennis and played the big points well. His first ever ATP Challenger title win will undoubtedly give him the confidence that he had been lacking at this level.

2.Yuki Bhambri – While his loss against Sumit Nagal in the semi final might have been unexpected but his semi final appearance has brought him closer to top 100. He is currently ranked 116 on the ATP and with a good draw at the ATP 250 Maharashtra Open he can get inside top 100 right at the start of 2018.

3.Prajnesh Gunneswaran – The fact that Prajnesh had been more active on ITF and had nothing of note to show for in the Challenger tournaments, his quarter final showing was a good one. Baring for his semi final appearance at the Tiburon Challenger he has mostly faltered at the early rounds. His win  against the world no 196 Evan King has surely given him a good bit of confidence. In  the quarter final he ran against Yuki Bhambri but gave a good account of himself.

4.Dalwinder Singh – A product of the Harvest Tennis Academy, I was surprised to see him booming down a 227 km/hr serve against his French opponent Antoine Escoffier. To confirm if the speed gun was working fine,I asked his Serbian coach from his academy, Milos Pavlovic who was sitting beside me and he said that Dalwinder can actually crank up his serve at that pace. However as opined by his coach his first serve percentage was down and he needs to improve that. Even though he lost in two straight sets, he gave us enough indication that with enough exposure his big game can take him greater heights.

5.Suraj Prabodh – It was a good opportunity for him at this level. He fought really well against the 144 ranked in the world, Elias Ymer in two tight sets in the first round. A regular at the ITF circuit even where he has to fight through the qualifiers, this tournament has given him the much needed confidence.

As for others, much was expected from Ramkumar Ramanathan but he could not go beyond the second round. Overall it was a very good tournament for the Indians and it has once again proven that more home Challengers is the need of the hour.