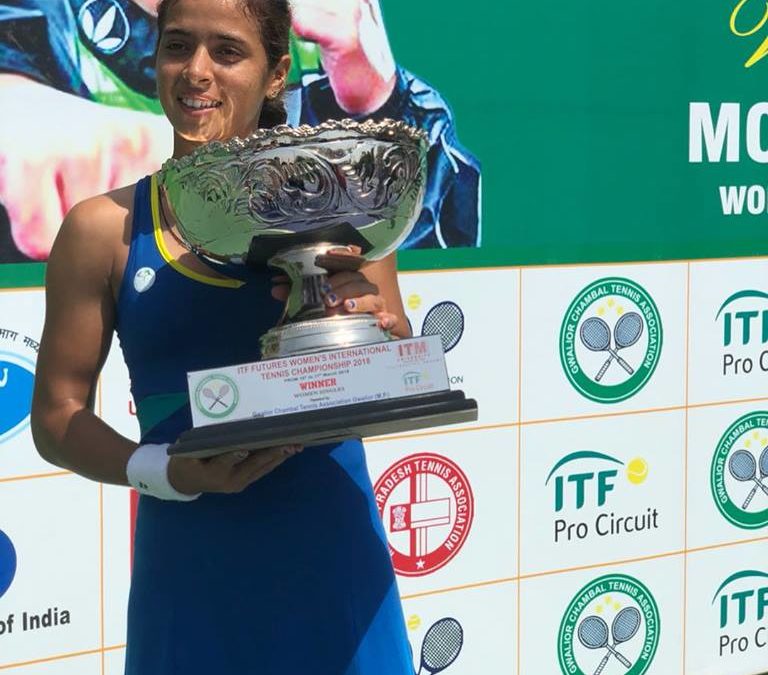 The $25,000 Women`s ITF Tournament in Gwalior was another opportunity for Indian players to take the most of the home advantage. Let us see who all made the most of it.

1. Ankita Raina – Ankita made the most of it by doing nothing less than winning the tournament.This was in fact her second win at a $25,000 event. Last time she did was way back in 2014. Also impressive was the manner in which she won it. In the final she beat the top seed and WTA ranked 214 Amandine Hesse from France in straight sets. With a new found confidence after her fed Cup heroics and with this win now, Ankita is eyeing to get into the qualifying draw of the French Open with a few good wins in the forthcoming tournaments.

2. Snehadevi S Reddy – It was a fairly decent outing for Sneha too. She came through 3 rounds of qualifying to be in the main draw. She played a good match against WTA ranked 369 Despina Papamichail from  Greece to lose in 3 sets. It is good to see Sneha coming back to top form after her break in the career due to personal problem.

As for others they could not dig deep into the tournament. Much was expected from Karman Kaur Thandi but she faltered against a player ranked lower than her in the quarter final. Also Pranjala Yadlapalli, Zeel Desai and others could not take much advantage of the home tourney.

Author`s Take – Ankita Raina`s superb win averages out the other results to make it a good tourney for the Indians.