Is Yuki Bhambri finally on track?

It is often not easy to be Yuki Bhambri`s fan. In fact, it is often frustrating. Especially for someone who has been following him closely for the past 5-6 years. Just when things were about to fall in place he will out of the tour for 4-5 months and will start from the scratch. Or at times he would be losing matches that he should have won.

After his junior Australian open win, he started of his pro circuit quite well winning ITF Futures titles. In 2012, he won his first Challenger and as on date has won five Challengers. His game was not the problem but his body was. Sceptics were concerned that his body cannot hold on to the demands of modern tennis.

2015 was his breakthrough year. As usual because of lack enough tournaments to gain points the previous year, he started the year at 315 on the ATP. But a string of good results brought him to his career high ranking of 88 on the ATP in November. Many of us thought of the great sight of an Indian getting inside top 50 and performing well against the best.

But he again flattered to deceive. In the year 2016 from March to Sept he was again out of action and this time because of tennis elbow injury. By the time he recovered it was already end of the season. 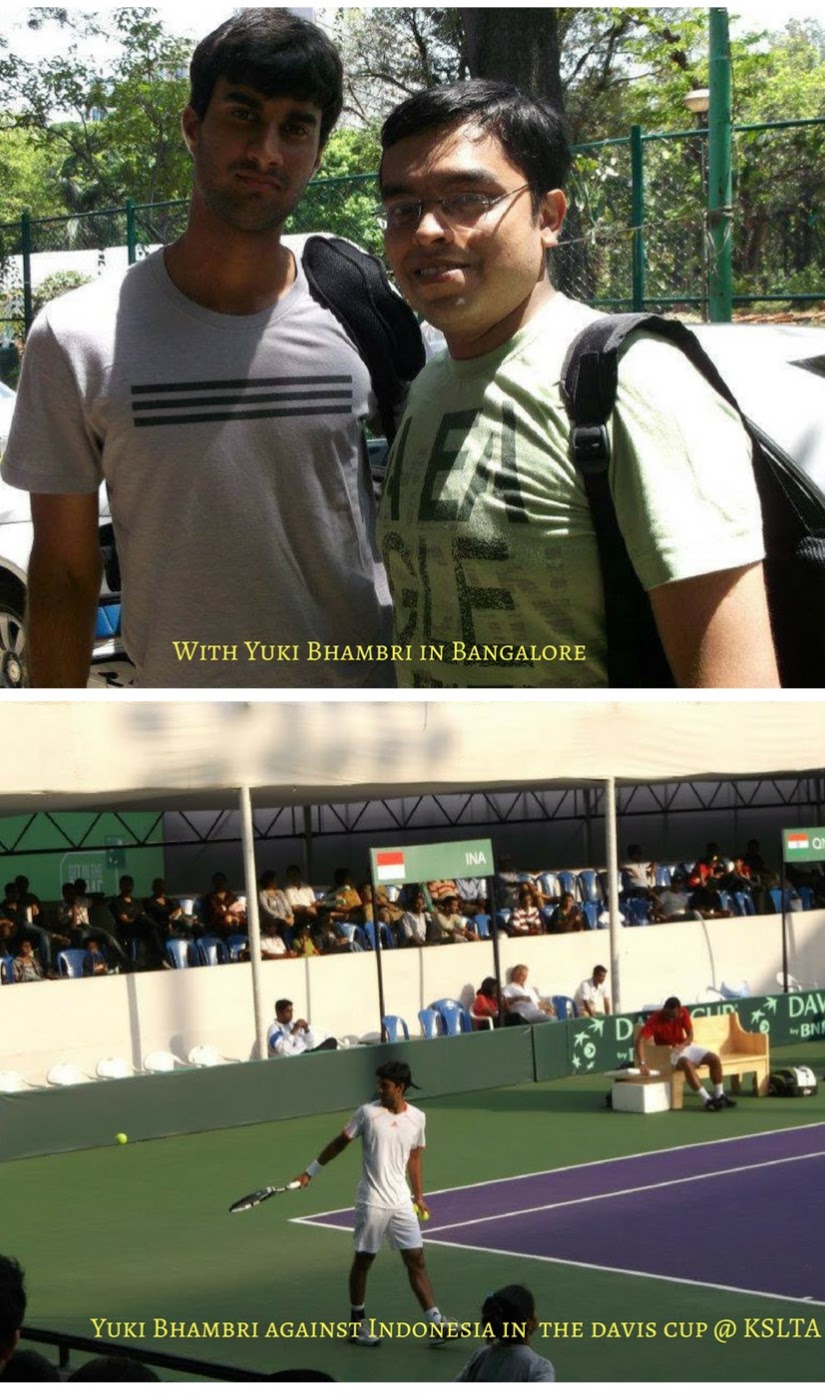 Come 2017 and we are seeing a new Yuki Bhambri. He qualified for the Chennai Open and beat his compatriot Ramkumar Ramanathan convincingly in the first round. He gave a good account of himself against Benoit Paire. He helped India win the Davis Cup tie against New Zealand. On the Challenger front he reached 3 semi-finals and got the better of quality players in a few others.

But it was in the ATP 500 Citi Open that Yuki Bhambri made the world stand. After qualifying for the main draw, he went onto to beat the defending champion Gael Monfils in the second round. He then beat the seasoned Guido Pella in the third round to reach the quarters. Up against the giant serving Kevin Anderson who accounted for the number one seed Dominic Thiem, he lost a closely fought 3 set tie.

What was refreshing to see was the way he played against all these guys. He was competing on equal terms from the baseline. His deep and intelligent groundstrokes matched the bigger hitting from the other side of the net. In fact, his net game was superior. Also, his lack of pace in his serve was compensated by a high number of first serves and he used the wide serve very effectively. When under pressure he played the big points like a top player.

It gives enough indication that a fully fit Yuki Bhambri should push him to higher glories in the months to come. His immediate goal should be to hit inside top 100 and from there on he can only get better.