When it comes to tennis, Target Olympic Podium Scheme (TOPS) always seems to get the attention but for all the wrong reasons. While Ankita Raina after the much needed media and public outcry got back into TOPS, it is now the turn of Yuki Bhambri to incur its wrath.

While the reason given by TOPS is still unclear and people behind such a decision are still not known, it is time we get the facts right about India`s top singles player. While TOPS after getting the request from AITA for Yuki`s reconsideration informed that they would take a second look at Yuki`s case only after his Davis Cup play, gives an indication that it is peeved at Yuki`s unavailability for the Asian Games.

It is high time that TOPS committee gets the tennis and overall sports dynamics right in this regard. Let us see where it has gone wrong

1. Asian Games and US Open – If Yuki Bhambri is skipping the Asian Games it is because it is clashing with a tournament as huge as the US Open. Yuki Bhambri is a professional tennis player and the US Open is not just another ATP tournament that he will play. Also he is one of the rare Indians to vie for the main draw in the US Open. For India itself, it should be considered big in the annals of Indian tennis. Forget about Yuki, we even have players of the calibre of Roger Federer and Rafael Nadal skipping Davis Cup as it hampers their professional journey.

2. Olympic Goal –  Target Olympic Podium Scheme (TOPS), as the name itself says that players are supported to bring Olympic glory.Thus if Yuki picks up valuable points at the US Open that opens up opportunity for him to get a direct entry into the Olympics as a top 64 player in the world. Thus getting a direct entry into the Olympics should be duly encouraged by all. 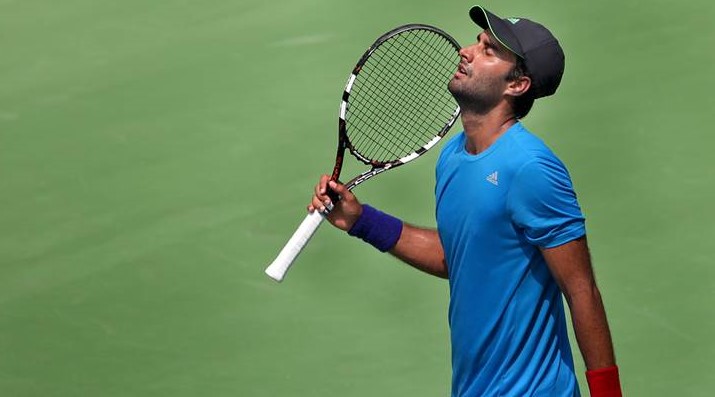 Yuki Bhambri does not know what more he needs to do apart from being the country`s top player.

3. Numero Uno – Leaving all things behind, one has to see that Yuki Bhambri is India`s top Indian singles player. Today Yuki no matter what is keeping Indian Singles flag flying with his recent superlative performances. His recent wins at ATP Masters and ATP 500 against players of the calibre of Lucas Pouille, Gael Monfils etc has amplified the fact that he is a rare talent in India.

Also not that Yuki has a regular sponsor and has ample money to spare. We all know the kind of expenditure a professional tennis player has on the tour. Even players from Vietnam and Chinese Taipei who are much below Yuki in terms of rankings have sponsors. While TOPS might point out that it is AITA`s problem and not TOPS` area of concern that he does not have sponsors but TOPS has to see it holistically as it is regarding a common Olympic glory.

Also Read – Yuki Bhambri, a rare top 100 from the country.

4. Ankita Raina Factor – While no one can deny the fact that Ankita Raina is our lone jewel in the Women`s singles but the question is if Ankita is eligible then why not Yuki? It is definitely not a Ankita Raina vs Yuki Bhambri debate. Ankita is one of my personal favourites after all the struggle that she had and still has as a player. However the question here is if it is a yes for Ankita which she totally deserves as being India`s top women`s player then why is it a NO for India`s top men`s player? Or is it that TOPS is again waiting for a public outcry to happen to say a yes.

5. In Bad Company – Yuki is dropped out of TOPS along with the drug tainted Sanjita Chanu. A top tennis professional who chooses to be anonymous told me that, ” Someone must be truly hating Yuki. Someone caught for drug violation and bringing shame to the country and someone who is the only top 100 tennis player from the country are both punished together”.

Hopefully, TOPS has a second look at the country`s lone top 100 warrior in the tennis world and give him his due.