While many rightfully credits Sania Mirza for Women`s tennis revolution in India but there is one more woman who deserves rich credit. Way back in the 1990s when women tennis was restricted at the most to a few leisurely hits in some posh club, Nirupama Sanjeev not only played professional tennis but played it well. More popularly known by her maiden name Nirupama Vaidyanathan, she crossed all barriers to be head and shoulders above the rest of the women in Indian tennis during her time.

I caught up with her at her home in Florida over a telephonic discussion as she took me through her exciting journey in tennis.

ME: Thanks Nirupama for your time. How is the transition from being a seasoned professional to a coach?

Nirupama Sanjeev: I love teaching and I am glad to be able to make these guys playing here better tennis players.

ME: You are India`s first woman tennis star for many reasons. For a small niche tennis loving people in India back then, it was big news when you won the first round of the Australian Open. How big was it for you and for India in general at that time?

Nirupama Sanjeev: It was big but there wasn`t much social media to really make it bigger then. Unlike now, I was the only professional player then. If the same achievement was done today, it would have been a much bigger news. 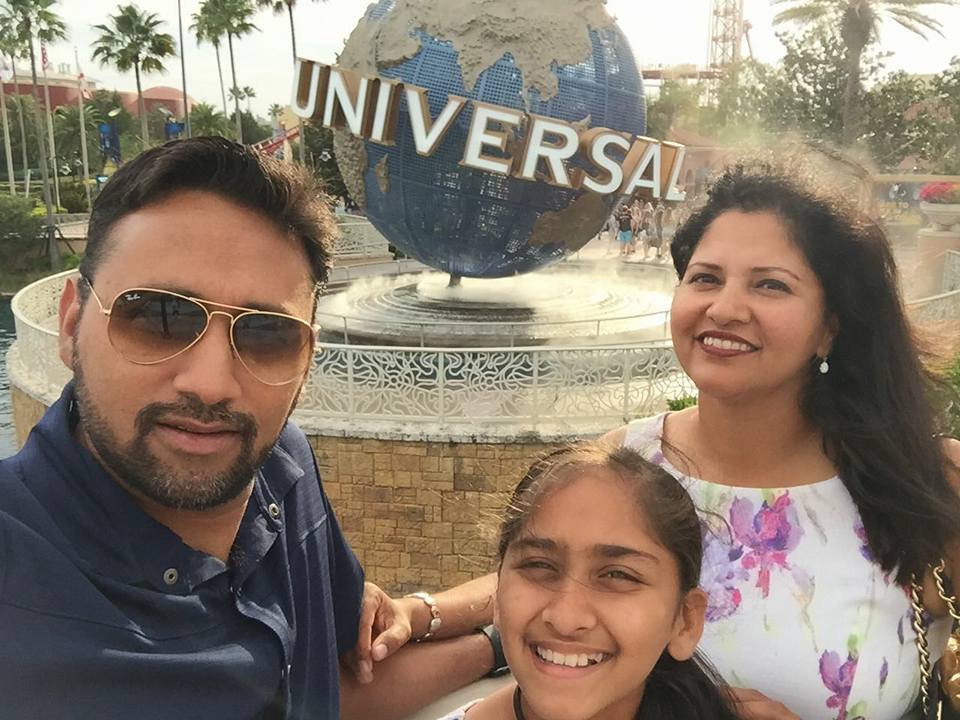 Nirupama Sanjeev is currently settled with her family in Florida.

ME: What made you take up a Sport like tennis considering that it was not a women centric sport in India at your time.

ME: That was indeed courageous. How did you manage the finance part given that tennis has always been a costly sport.

Nirupama Sanjeev: In the beginning it was just my parents who supported me. Then I started winning prize money in tournaments. Later on I got sponsorship from Indian Bank who helped me train in Luxembourg. But after that it was mostly rotation of the prize money that I got in tournaments. I could never afford a coach and that is why I felt I could not go higher up.

ME: How much has tennis changed from the time you played?

Nirupama Sanjeev: It has changed quite a bit. There is more support for tennis now and the quality of tennis is also much more competitive.

ME: What is your take on Indian women`s tennis now?

Nirupama Sanjeev: Yes there a few who are doing fairy well. Only thing is it is still fairly disjointed. I wish they would all travel as a team which will help them train better and also will be easier for travelling purpose. I do understand that Ankita Raina`s higher ranking and at times Karman Kaur Thandi`s ranking can get them to play higher events so they may not be able to travel with everyone. But others can surely travel together.

ME: Many of our players ended up playing doubles after after ending their singles career. You never tried that route? That way you could have prolonged your professional career.

Nirupama Sanjeev: Yes you are right. At that time there was none to advise me to take that route 😊

ME: Now that you are in the U.S coaching so you have practically seen both Indians and kids from other countries play. How different is it physically when you compare our young kids from say Europe and the U.S.

Nirupama Sanjeev: I feel Indian kinds are getting stronger and better. While genetically some of the kids from these countries are stronger but we are not doing that bad either. The problem for India is between 13-17 years and the transition from juniors to professional tennis is terrible. During this time things like studies and cultural issues deter our kids.

ME: Adding to that there is sponsorship woes also. As everything goes to a non global sport like cricket.

Nirupama Sanjeev: Yes true. But that does not look likely to change. But we have to say that there are many non profit organisations these days that do help. The key thing is to try to be one of the best in the age category and that can attract someone to help the promising player.

ME: And how about the coaching scenario in India? Are our coaches modern enough?

Nirupama Sanjeev: Coaching is surely a big area that we can improve upon. Many of them are hardworking and mean well but I still feel we can improve in this area.

ME: And how can it be done? Like you said that our coaches are hardworking and have good work ethics which means the intent is there. So how to raise the bar?

Nirupama Sanjeev: Coaches need to be sent abroad or get coaches from abroad to train them in India. Best is to get experts to come and train them.

ME: I think the trend is starting as we have foreign coaches at the helm of affairs at Harvest Tennis Academy, Ahmedabad Racquet Academy, Rohan Bopanna Tennis Academy etc.

Nirupama Sanjeev: We need more. A few are not enough.

ME: Right. What are your views on AITA? Is it doing the right things or it needs to do more?

Nirupama Sanjeev: Hahaaa. I am one of its biggest critic. AITA has been only about conducting tournaments and events. It also needs to pay attention to grass root development, procuring more courts, introduction of tennis in schools across the country and popularize the sport more.

ME: When you look back at your career are you totally satisfied or you feel you could have done more?

Nirupama Sanjeev: My goal was top 100 on the WTA. I felt I could have achieved it if I had a travelling coach with me. Because I had beaten enough top 100 players to know I could have made it. It is not a regret but coming from that kind of adversity and against all odds, I guess I gave it my best shot.

ME: What are sweetest memories in your career?

Nirupama Sanjeev: The Australian Open first round win and representing India at the Olympics.

ME: Are you in someway associated with Indian tennis now. For example anyone seeking your advice or stuff like that.

Nirupama Sanjeev: Of course. I always get calls, mails etc about advice. It is easy to give advice from here but much harder to execute.

ME: So you are currently settled in the U.S?

ME: For how long have you been there? Any plans of coming back to India?

Nirupama Sanjeev: I have been here for almost 15 years now and I hope to come back to India sometime.

ME: You were running a tennis clinic in California sometimes back I guess. Are you still working there?

Nirupama Sanjeev: I still run it. I am based in Florida now and Director of tennis in a country club. I travel back to California every two months to oversee it. 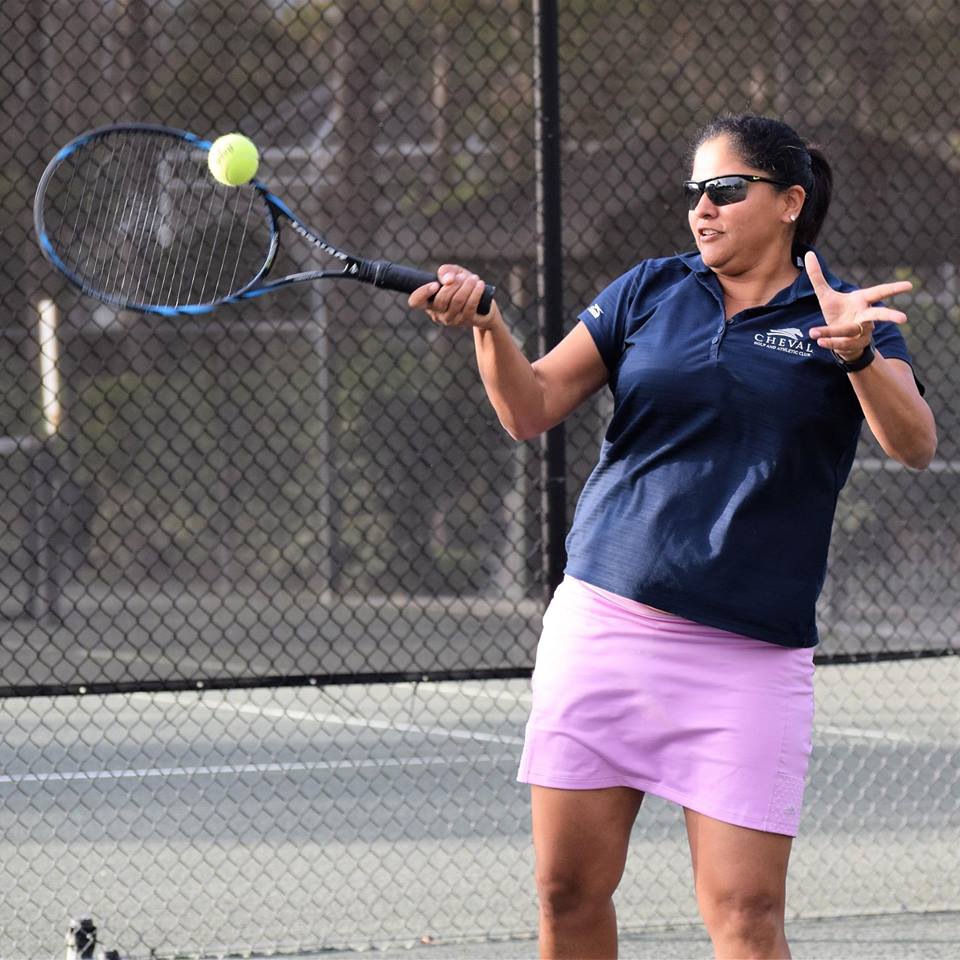 My brother runs it now most of the time.

ME: Does coaching give you the same amount of joy like it used to when you were a player?

Nirupama Sanjeev: My goal is to get every player better. I was passionate about competing but I enjoy coaching too. In California almost all the juniors are Indians.

Nirupama Sanjeev: Thanks to you too. Appreciate your good questions and do keep on doing the great stuff for Indian tennis.