The Week of 2nd April has been quite significant for Indian Tennis. While Yuki Bhambri has made us notice with his superb performances across the globe, we also have others making their mark in their professional career.

As many as 6 Indian players have reached their career highest rankings this week:

1. Ramkunmar Ramanathan (ATP 132) – Ramkumar Ramanathan has been making steady progress in his rankings. While he may not have set the courts on fire like his compatriot Yuki Bhambri but his injury free body has made him play a lot of tournaments. In 2017 he had a great victory against the then World No. 8 Dominic Thiem on the grass courts of the ATP 250 Series at the Antalya Open thus proving he can take on the big guys in the tour.  Last year he also played his first Master at the ATP 1000 Cincinnati Masters where he made the second round. Last year he also reached the finals of 2 Challengers paving the way forward for him. The year of 2018 has been a bit inconsistent for him more so because he has been playing the Masters, ATP 500 and ATP 250 Series. He has won a couple of good matches in the qualifying rounds of these tournaments. But his intent of not being conservative and playing more of the higher end tournament is a positive sign for him. Thus he has reached a career best ranking of 132 on the ATP. 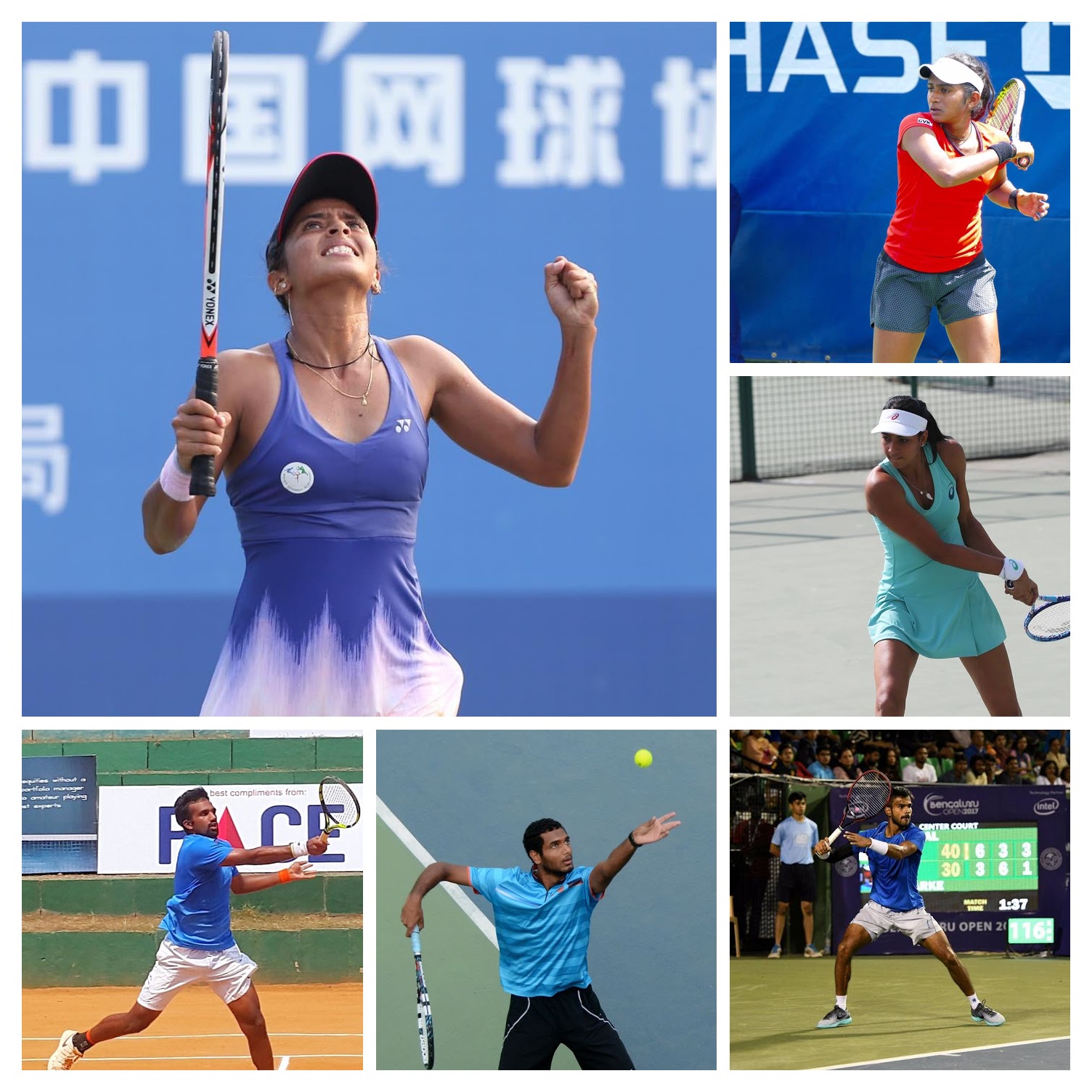 2. Ankita Raina (WTA 212) – The year of 2018 has been a revelation for Ankita Raina, India`s Top Women`s Singles player. For long she has been languishing around 270-300 on the WTA. However after her stellar performance at the Fed Cup where she won all her singles matches, she backed it up with her $ 25,000 ITF Title at Gwalior. This was only her second $25,000 ITF win. After reaching her Semi Final at the $25,000 ITF at Kofu in Japan last week, she has managed to reach her career highest ranking of 212 on the WTA. Thus she makes the cut for French Open qualifying.

3. Sumit Nagal (ATP 213) – The 20-year-old Sumit Nagal after winning his first Challenger in Bangalore in Dec`17 have not done anything notable. He made the cut for his first qualifying round in a Grand Slam at The Australian Open. But on the clay courts of the Marbella Challenger in Spain, he had a very good victory against the clay court specialist and former top 20 player, Marcel Granollers of Spain. He has reached his career best ranking of 213 on the ATP.

4. Karman Kaur Thandi (WTA 273) – The 19-year-old has been making steady progress in the ranking. While she has a strong serve and forehand, the tall girl is still fine tuning her game. With age by her age, she is definitely a good prospect for India going ahead. Her major showing this year has been the final at the Pune ITF. The tall and strongly built girl has the right ingredients to make it bigger in the years to come.

5. Arjun Kadhe (ATP 394) – Arjun Kadhe`s story has been quite a fast one. While he was away from competitive tennis playing College Tennis at the Oklahoma State University, his peers were still grinding it out full time on the tour. After coming back to professional tennis, he vindicated his decision of opting for College Tennis. In a matter of just over a year he has leapfrogged to his career best ranking of 394 on the ATP.

6. Pranjala Yadlapalli (WTA 474) – Her series of good outings at the ITF tournaments in Thailand towards the end of 2017 boosted her ranking. In 2018, even though she has not yet done anything notable but the fact that she did have too many points to defend from last year, she has reached her career best ranking of 474 on the WTA. The 19-year-old Hyderabadi will get better as she matures with more exposure.

Author`s Take – Ramkumar Ramanathan with his improved game has the potential to break inside top 100 on the ATP soon. Ankita Raina with her new found confidence has the potential to get around 175 on the WTA soon. As for the others they can only get better for greater glory. The heartening thing here is the depth of Indian singles which had been missing for quite long.