Two girls from Bangalore bring glory to India. Apoorva BS and Vidula Amar have won the team bronze in the 5th Asian School Tennis Championship that was held at Solo, central Java, Indonesia from 19th to 28th August. India beat Singapore for the Bronze medal match.

Also special mention has to be given to the fathers of both these 15 year girls who have been supporting their daughters against all odds. Apart from accompanying them for the tournaments they are trying hard to give the best possible tennis education to them.

Both the girls aspire to be professional players and are aiming at playing ITF juniors regularly from next year. 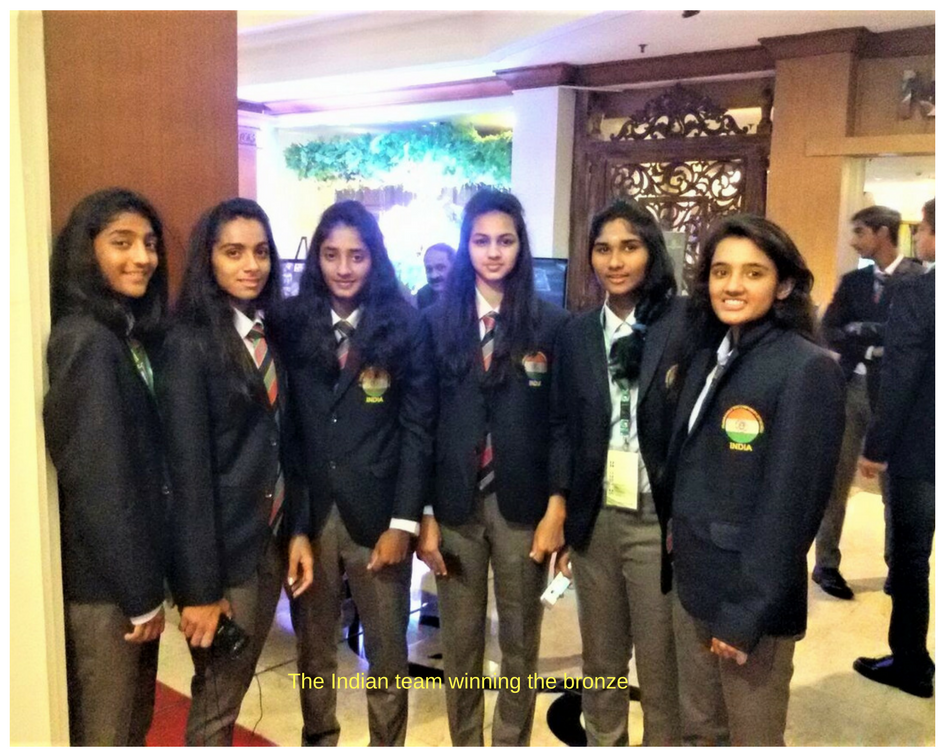