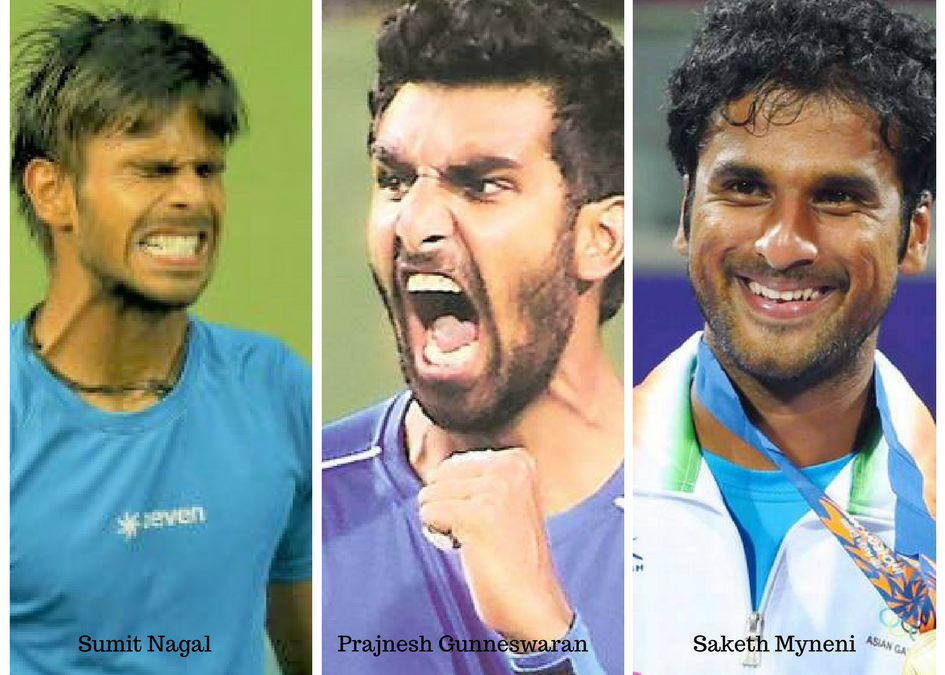 The Indian men`s singles is primarily dominated by Yuki Bhambri and Ramkumar Ramanathan at the international level. They have off late been doing well in the circuit with both of them beating players of the caliber of Dominic Thiem and Gael Monfills in the ATP tour.

Now let us have a lot at the second-string players who are trying to break free. Here is my pick of my top 3.

1.Sumit Nagal: This 20-year-old is slowly finding his feet in the men`s circuit. Even though his is not new to the men`s circuit, this former Wimbledon junior doubles champion has been winning ITF tournaments this year. In fact, he won a couple of them last year also and we expected a smooth transition in the Challenger circuit. However, a shoulder injury kept him out for nearly 4 months and he is now back in business.

The next couple of years is crucial as he plays the higher ranked tournaments. Currently he has been hovering around the 280-300 on the ATP and is expected to improve.

2.Prajnesh Gunneswaran: He has been a slow starter in Indian tennis. Relatively slow off the block he has recently reached his career high ranking of 213 on the ATP in August`18.

After hovering around the 350-400 mark on the ATP for quite some time, 2017 has been his breakthrough year. Even though his initial tryst with the Challenger tour had been on the rough side, it is good to see him reaching the semifinals of the Tiburon Challenger only recently.

Even though he may not be a top 100 material as of yet, he will do for good himself by reaching the top 150 on the ATP and push himself harder from there on.

3.Saketh-Sai Myneni: Firstly, it is sad that I have to put him in the second-string list and that too in number 3. This gangling 6ft 4 inch Arjuna awardee had shown us much promise by reaching as high as 137 on the ATP in Sept`16. From there on he had a downfall owning to injury that kept him out if the circuit for almost the entire 2017.

Given his age and failing health condition, it will take a lot of effort from him to be back in full form. He needs to recover quickly as he will be on the weaker side of 30 soon.